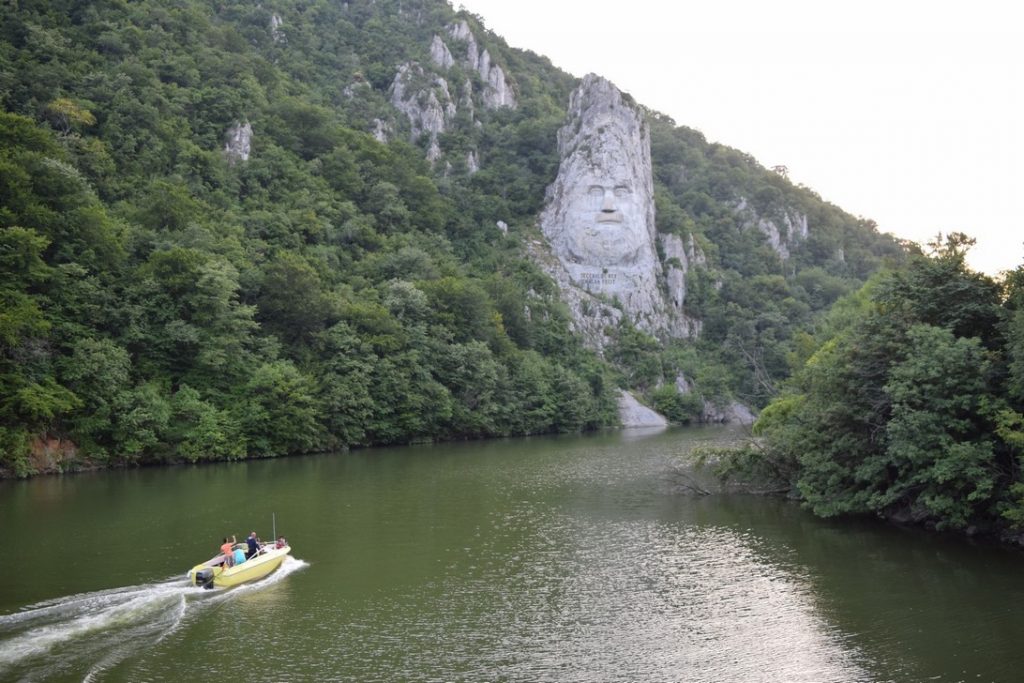 The Dacians were occupying these lands during the 1st century  BC and the 2nd century AD and Decebalus was their last king.  Decebalus was the last king of Dacia, who fought against the Roman emperors Domitian and Trajan to preserve his country. Dacia occupied the territories of present-day Romania and The Statue of Decebalus is carved to commemorate the feat. The Statue of Decebalus is 40 meters tall or as tall as 15 storey building, which makes it officially the tallest rock sculpture in Europe. Twelve of Romania’s most famous sculptors combined efforts and got involved in the project. The Statue of Decebalus took over 10 years to carve, but the result is magnificent. It is a truly unique and inspiring monument, which was founded by one of the wealthiest Romanians, Iosif Constantin Dragan.  The beknown businessman who invested more than a $ 1 000 000 in the project was happy to see its grandeur and success in Europe. The Statue of Decebalus is now one of the most notable tourist attractions in Romania.

The Statue of Decebalus, The Last King of Dacia

This site uses functional cookies and external scripts to improve your experience.

NOTE: These settings will only apply to the browser and device you are currently using.